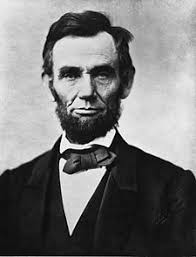 As business leaders, when we make a paradigm shift in the way that we think about certain parts of our business or how we do things, the “switch” is enlightening and even healthy. This new perspective will shift our thinking and mindset. One common area that is constantly evolving is how we view performance coaching. Performance coaching is about doing something POSITIVE FOR someone, not doing something NEGATIVE TO someone.

One thing that Lincoln frequently did was strike up a conversation with subordinates by asking ‘power’ questions. Remember, in some cases, his subordinates were generals leading the troops during war time. He would listen to his subordinates' suggestions and recommendations. If he thought that the ideas made sense, and matched his own ideas, then he would let them proceed with the knowledge and belief that it was actually their idea. He made them feel good about their ideas by letting them follow through when it matched his ideas.

However, if Lincoln was uncomfortable with what was being suggested, then he had a way to focus, direct, and point people to what he viewed as being the proper path. He would simply have a conversation by asking trigger questions, listen to their responses, and offer suggestions or ideas to consider. It is notable that he didn't order or dictate. Instead, he used his ability to direct others by suggesting or implying ideas to consider. He never made people feel inadequate or powerless. He wanted to have his subordinates say "We accomplished this ourselves".

Now, Abraham Lincoln led the country in the most turbulent and challenging times in our history. He found a remarkable way to get things done by improving people through performance coaching. Oh, and by the way, Lincoln spent 75% of his time in front of people. No matter how busy the president was, he always seemed to find time for personal interaction. Brilliant! It put him in the position to have conversations, ask trigger questions, listen, and offer suggestions or ideas for improvement.

Albert Einstein is attributed to a very famous quote that says, "Insanity is doing the same thing over and over and expecting different results”. In other words, unless you strike up conversations and ask “trigger” questions to spur action in improving performance, your team or colleagues will continue to do the same thing over and over which means that the results are… well.... the same as they have always been.
Let’s reflect on the lessons learned here and think about you as a leader or performance coach. If you had to work on one thing related to performance coaching, what would it be? We would love to hear from you in the comments below!

Want to Make a Difference? We’ll Make a Donation in Your Name.

You enjoy reading and we enjoy helping. By filling out this form, we'll make a donation to ASPCA in your name. See the story of our CEO, Marc Hutto and his foster journey.

No obligation and no spam. Do some good with a simple click.

Sign up to Get Quintessence Articles Sent Straight to Your Inbox!

Ready to Get Amazing, Insightful Content Delivered Straight to Your Inbox from Our Quintessence Blog?