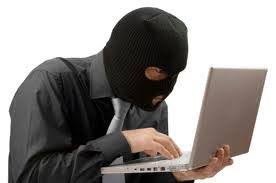 The Myth of Stealing Employees

The phrase, "stealing employees," and the insinuation that recruiters/sourcers are doing something wrong when targeting passive talent has always been the only motivation I need to get on my soapbox about this distorted view.

Let me first state that I don't necessarily get frustrated when ignorance shows up in this manner. After all, the ignorance is simple and benign on most occasions. My soapbox usually allows me the opportunity to counsel someone to another view that they may not have considered. However, it is easy to get frustrated when someone is overly rigid in a belief system behind language such as this to the extent that their beliefs are designed to serve their interests only (i.e., "don't take 'my' employees but I'll take 'yours'"). Okay, here's my last disclaimer. The LAST thing I want to do is feed the ever-increasing political correctness pariah that is plaguing our nation and our world. So, keep saying whatever you want to say, as long as you have considered the full set of interpretations that you create by uttering the title of this article.

With that said, let's begin with the fact that employees are not property. Doesn't "stealing" imply some form of ownership? I'd be willing to bet my next, big client engagement that the very people that make this statement would take offense to the suggestion that they too were owned by their company. Allow me to challenge you to offer this logic to the next person that speaks of "stealing" or "poaching" or "raiding". Help them, educate them, and ask them, "At any time during which you have been employed by a company, did you feel 'owned' by that company?"

Another interesting ideology, and accompanying lexicon, is how companies refer to the employees that choose to work for them. "Our people are our most valuable assets" is an interesting phrase and is often stated by companies as a compliment to the level of talent working with them. This statement also suggests pride by the employer in the belief that they have done well in the business of attracting and retaining talented and impressive people that can serve their customers exceptionally well. So, I think this phrase was actually born out of benevolence but the incremental effect is almost imperceptible (brainwashing) and amounts to many employees being lulled into the same language and associated beliefs about how "taking talent" is somehow wrong. "Human Capital" is another, not-so-benevolent phrase that doesn't really bother me (or many others). It's almost short-hand for the "our most valuable assets" version. However, it does have an impersonal smack of debits, credits, balance sheets, P&L, and let's go ahead and throw in, "bums in seats". Again, the incremental effect here is that large employers, in particular, are experts at programming us without even intending to do so. I spent 15 years in a corporation in recruiting and sourcing roles and leadership roles for the same. I've said all of these, and more, including the dreaded (by some...but not me) "Talent Acquisition" (gasp!). I'll also confess that, as sure as you are reading this article, I will most certainly use these phrases again but you'll never hear me say "stealing employees" unless it's intended to be a punch line.

So, what is the next step in the attempt to be politically correct with regard to this topic? "Chief People Officer", "Talent Attraction", and other titles and terms that uphold the goal, "we must not offend". I'm also just a little frustrated with this trend because now when I'm conducting web-based or telephone research to identify bright new talented individuals to join my firm, I have to now be on the lookout for these friendlier titles, bummer. At the risk of contradicting myself, there is an emergence of alternative terms that are accurately describing the realities of technology and strategy coming together in a very cool fashion. Those responsible for Talent Communities, Employer Branding, Talent Strategy, and Talent Management, to name a few, are doing very interesting work and their titles reflect the actual work being performed without appearing to sidestep potentially sensitive language.

The Fed's Opinion of Stealing

Now here's where this topic takes an interesting turn... I'm ever-grateful to the talented Wendy Person, Director Global External Talent Sourcing, in the Global Talent Sourcing & Acquisition department at The Coca-Cola Company for directing me to the December 2010 Department of Justice (DOJ) case in which Google Inc., Apple Inc., Intel Corp., Adobe Systems Inc., Intuit Inc. and Walt Disney Co. unit Pixar Animation have agreed to a settlement in a high-profile, antitrust proceeding and consented to end their agreements not to "cold call" one another's employees. If you take the time to read any of the articles that Wendy sent to me (URLs below), there are two components that deserve further examination. By the way Wendy, I love your last name in conjunction with your chosen career field and applaud your title, and the name of your department. Don't cave to the pressure to change the name of your department!

Let's first examine the policies mentioned in these articles. If you have been in recruiting/sourcing for any length of time, you've heard the phrases, "hands off policy" or "off limits policy" with regard to companies from which one should not directly recruit. Again, the intent behind these policies is often coming from the right place. It is usually about a customer-supplier relationship that would be jeopardized, or at least considered rude, if the customer, for instance, recruited from the supplier. Consider the example of a large corporation and their audit firm. It's simply poor judgment to recruit an auditor of that firm directly into the internal audit department of the corporation they are auditing. At times, the fact that this is poor judgment is discussed so often that people actually believe there is a policy in place when this is simply not true. So, the informed recruiting/sourcing professional knows to ask the question, "Is there an actual policy or are we talking about poor judgment?"

Let's now examine the DOJ case and its reference to a very unsettling accusation against the reputable companies mentioned in the settlement (and others that were investigated). The articles Wendy shared with me imply that these companies had established policies in order to keep the wages down for the individuals most often "cold called" by agreeing to not directly approach individuals from the competing firm. If there is any truth to this, I would hope that few of us would agree that this is acceptable, under any circumstances. There is a fine line here between intent and impact. If the intent is truly to maintain a healthy customer-supplier relationship, to me, this is understandable. However, if the impact on a free labor market is controlled compensation levels, an acceptable resolution becomes more than complicated.

The best attempt at a reasonable solution, albeit far from "perfect" is perhaps in practice amongst some of the same companies spotlighted in the articles (and others not mentioned). My friend, Marvin Smith, Talent Community Evangelist (there's one of those elusive titles again!) at some of the greatest companies in the world talked to me about how he and his colleagues have addressed the relevant objectives here. "If we are interested in a talented individual at one of our suppliers/partners, that individual must obtain the written permission from his/her manager for us to speak to them in any detail about the opportunity. " This is a simple and sensible solution. However, the dynamics of finessing something like this are delicate, as I'm sure you can imagine.

With a little more perspective, I wish you much success in "stealing" as many employees as you can, acquiring the "most valuable assets" of another company and taking their "human capital". By the way, please don't steal "my" employees at Reveal!

Want to Make a Difference? We’ll Make a Donation in Your Name.

You enjoy reading and we enjoy helping. By filling out this form, we'll make a donation to ASPCA in your name. See the story of our CEO, Marc Hutto and his foster journey.

No obligation and no spam. Do some good with a simple click.

Sign up to Get Quintessence Articles Sent Straight to Your Inbox!

Ready to Get Amazing, Insightful Content Delivered Straight to Your Inbox from Our Quintessence Blog?